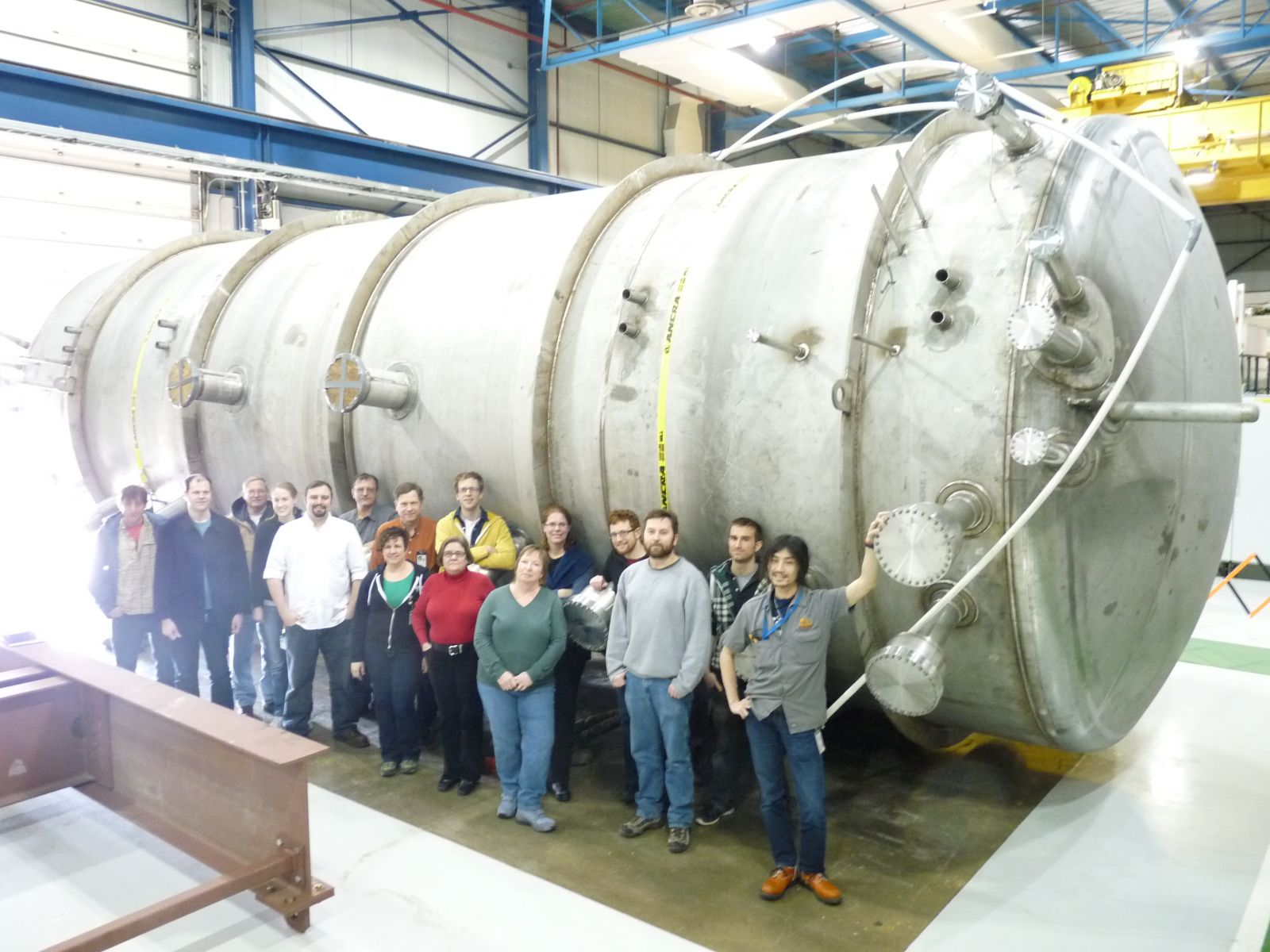 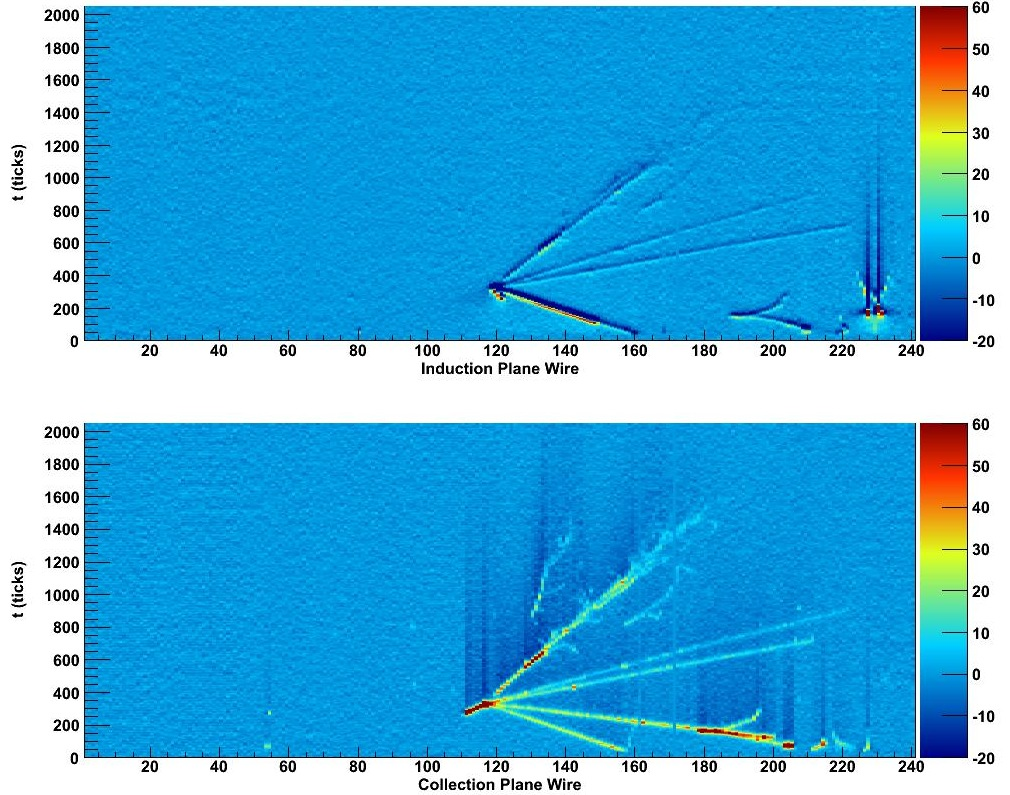 Located at Fermilab, the experiment will build and operate a large 170 ton LArTPC located along the Booster neutrino beam line, and it will serve as a detector for measuring neutrino interactions.

MicroBooNE will investigate the source of the unexpected excess of low energy electron-type neutrinos observed by the MiniBooNE experiment using the unique electron-photon discrimination power offered by the LArTPC. Since MicroBooNE can differentiate between gamma radiation and electrons, it will be able to examine whether the signal seen by MiniBooNE is due to electron interactions or events with a photon.

Additionally, MicroBooNE will measure neutrino cross sections. This allows us to test the current cross section models and determine the interaction channel through observing the final state particles of charged current events. Some of the measurements that will be made are measurement of Δs, coherent vs resonant pion production, and possible backgrounds for future proton decay experiments.

MicroBooNE is expecting data in spring 2014. This detector serves as the necessary next step in a phased program towards the construction of massive kiloton scale LArTPC detectors. 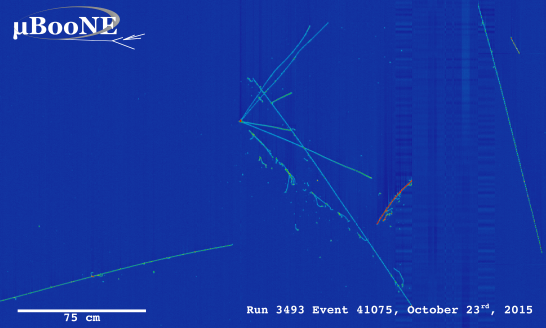 The Short Baseline Neutrino Detector (SBND) is a 190 ton near detector experiment on the Booster Neutrino Beamline at Fermilab upstream from MicroBooNE.  While MicroBooNE will determine whether or not the low energy excess observed by MiniBooNE is electrons or photons, SBND will look for this excess at a near location to look for a baseline dependnece of what MicroBooNE observes.  SBND is approved and under construction.  At Yale, in Yale’s Wright Lab, we will construct components of the TPC, funded through a National Science Foundation Major Research Instrumentation Grant.

The Deep Underground Neutrino Experiment (DUNE) s a planned neutrino experiment projected to be in operation in 2022. This experiment will send high energy neutrino beam over a distance of 1,300 km from Fermilab in Batavia, IL to Sanford Underground Research Facility in Lead, South Dakota, where the proposed 40-kiloton detector will be located. The detector is composed of multiple LArTPCs that is proposed to be placed underground. In this environment, we can perform low-background physics, such as proton decay and supernova detection.

In addition, the proposed DUNE experiment aims to measure the parameters that characterize three-flavor neutrino oscillations, study a phenomenon known as CP-violation, which may help explain the matter-antimatter imbalance in the universe, and determine the relative neutrino mass-differences.

As described in the experiments above, LArTPC detectors are becoming widely used in neutrino physics. Detailed study and calibration of these detectors is a critical step to understanding the output response of LArTPCs, which will be relevant to the current MicroBooNE project and LBNE in the future. Liquid Argon TPC in a Testbeam (LArIAT) is a project that will calibrate the LArTPC technology. LArIAT will run in the Fermilab Test Beam Facility (FTBF) using the repurposed ArgoNeuT TPC. LArIAT is planned to perform the following tasks: 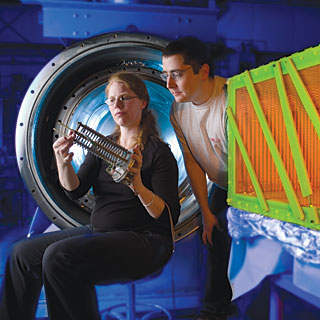 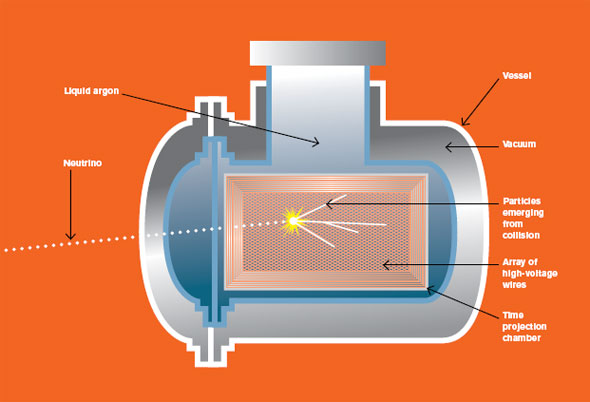 ArgoNeuT was an experiment on the Neutrinos at the Main Injector (NuMI) beam that utilized Liquid Argon Time Projection Chamber (LArTPC) to detect and record neutrino interactions. Some of the long term goals for both ArgoNeuT and the field of liquid argon neutrino detection are measurements of neutrino oscillation parameters, testing for CP violation in the lepton sector, searching for proton decay, and determining mass hierarchy.

ArgoNeuT took data from September 2009 to February 2010 in what started as a research and development effort, and it contributed to the development of reconstruction algorithms that will be useful in future experiments. The techniques utilized in ArgoNeuT can be applied to larger detectors that will further the scientific community’s knowledge about neutrinos and their properties, like MicroBooNE mentioned below. Now, ArgoNeuT is providing physics results. The current area of study includes: